I am *super* excited to be a part of the cover reveal blog tour for my fellow WiDo author, Kerri Cuevas. Kerri and I have recently started beta-reading for each other's sequels. Having scored a sneak-peek of the sequel, I am dying to read the first installment, "Deadly Kisses," which will be released March 5th, 2013 (squee!!)

The situation: Aiden Grant is seventeen, has a killer kiss and a boss who used to be President, back in the old days. You see, Aiden is a grim reaper and his kiss welcomes the newly dead. But Aiden’s pleasant grim reaper lifestyle is in jeopardy. And it’s not only because Honest Abe keeps throwing out history lessons with reaping assignments, just to confuse him. It’s because Aiden’s next assignment is to reap the soul of Bee, the only girl he has ever loved. When Aiden’s kiss of death fails, intertwining their souls, Bee is still very much alive and they are both in trouble. The ancients want Bee, who has special powers of her own, and they’ll do anything to get her. Some rules are meant to be broken, even if that means Aiden must bargain with his own soul to save Bee. Who knew the afterlife could get so complicated?

And, of course, the cover! I am in love with the color choice for the background. This book will definitely jump off the shelf. I also really like the font they used for the title and the color/font they used for the author name. All around a very well-done cover. I can't decide if it makes me feel warm and welcomed, or too close to a flame... 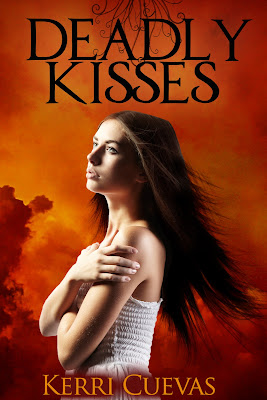 Kerri was kind enough to drop by for a few questions about "Deadly Kisses." Thank you so much for coming, Kerri!


Where did you come up with the idea for "Deadly Kisses?" I love reading and writing paranormal romances, and I wanted to write something different than vampires, werewolves, or fairies. The idea to write about a Grim Reaper came along while preparing for Halloween, which is a major holiday in my house. I ended up writing, Deadly Kisses, the next month as my NaNoWriMo project.

Tell us a little about your main character. What/who inspired your main character? Nothing in particular inspired my main character. They just have a way of inventing themselves, and bugging me until I tell their story. Shortly after I knew I wanted to write about a Grim Reaper, a boy named Aiden popped into my head. He had curly blonde hair, played the guitar, and hated history class. He’s a tortured soul.

What do you think makes this story stand out? I really wanted to go to extremes with my characters and the difficult decisions they had to make, and what bigger decision to make to be a Grim Reaper and take the life of someone you love.

Put it to music: think of one of your favorite scenes in the book and tell us what song would play in that moment. Oooo, I love this question, Jadie! My main character, Aiden, plays a guitar, so yeah, just love music! Aiden has Sunday, Bloody Sunday as his phone ringtone. The song was originally done by U2, but Paramore did a retake on it. I also use music to set a theme. The book was inspired by the song If I die Young by The Band Perry. Ok, but your question was a scene. So in the first chapter Aiden sends a soul that he reaps to Heaven, and I imagine as that soul is leaving him, Boulevard of Broken Dreams is playing by Green Day.
A picture is worth a thousand words: any little secrets you want to reveal about your cover? It was really fun, picking the excerpts that the cover artist could use to feel the tone of the book. I hope everyone likes the cover as much as I do. It was really hard determining if a male or female should be on the cover because the story is told in Aiden’s point of view. In the end I thought a girl should be on the cover because although the story is told by Aiden, it is about Beatrice.
How will you celebrate the release of "Deadly Kisses?" Jump up and down, screaming with party hats on…oh um, yeah I’m hoping to have a launch party at my favorite bookstore. I guess I should start planning that, and everyone is invited!
Thanks so much for having me here today, Jadie.
Links:

Secure your copy early with the pre-release special: www.widopublishing.com/deadly-kisses-by-kerri-cuevas/ 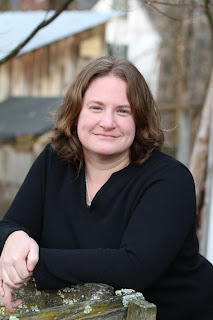